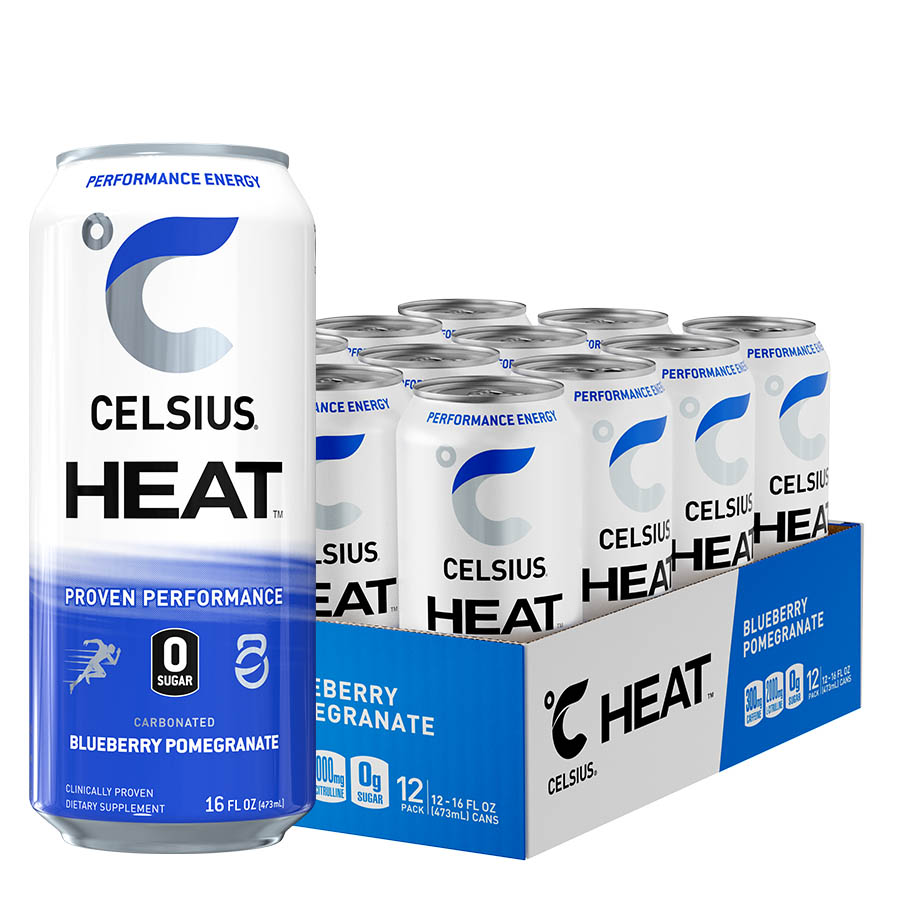 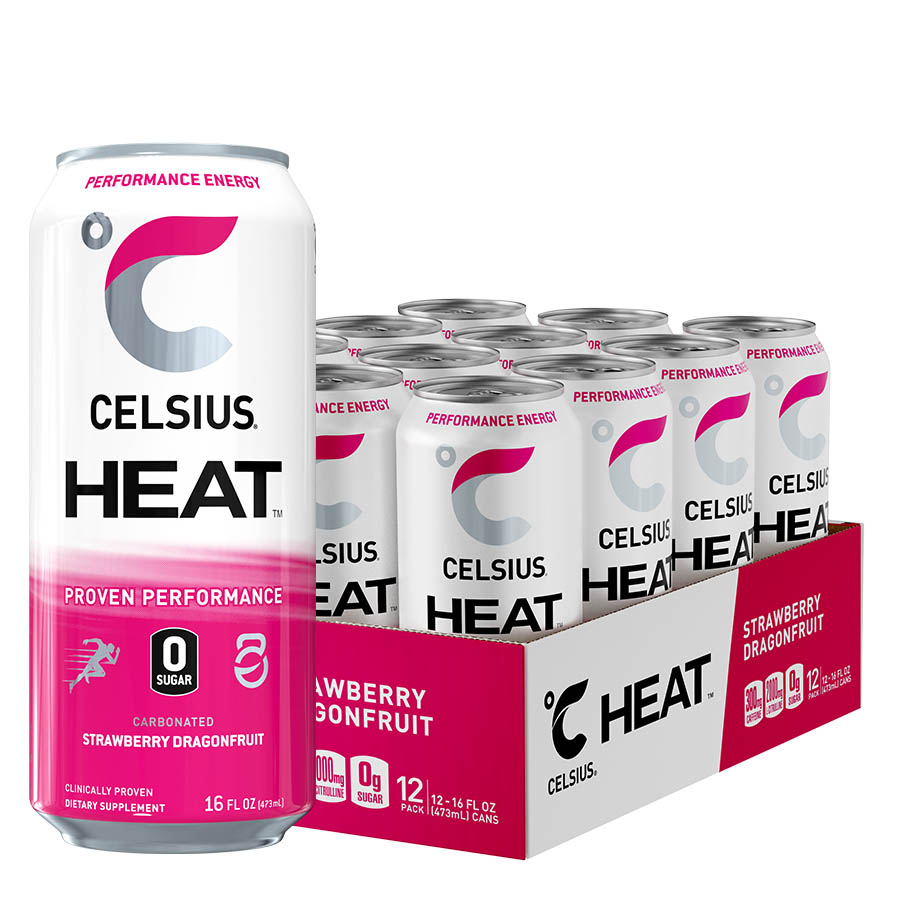 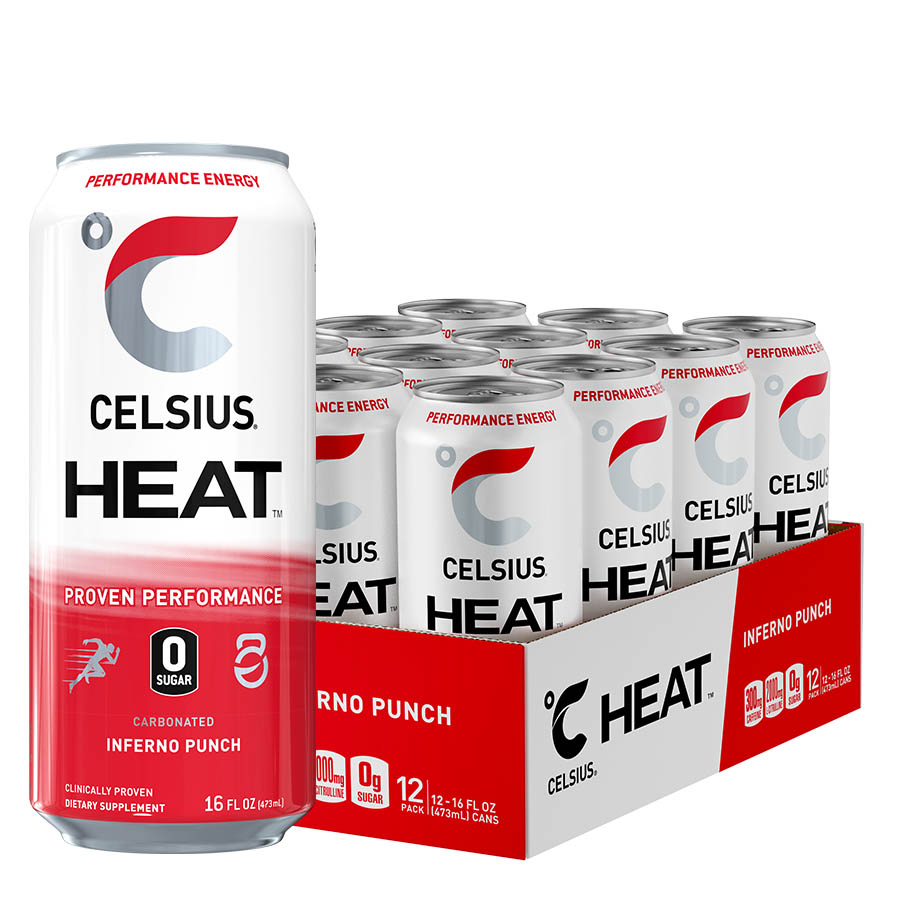 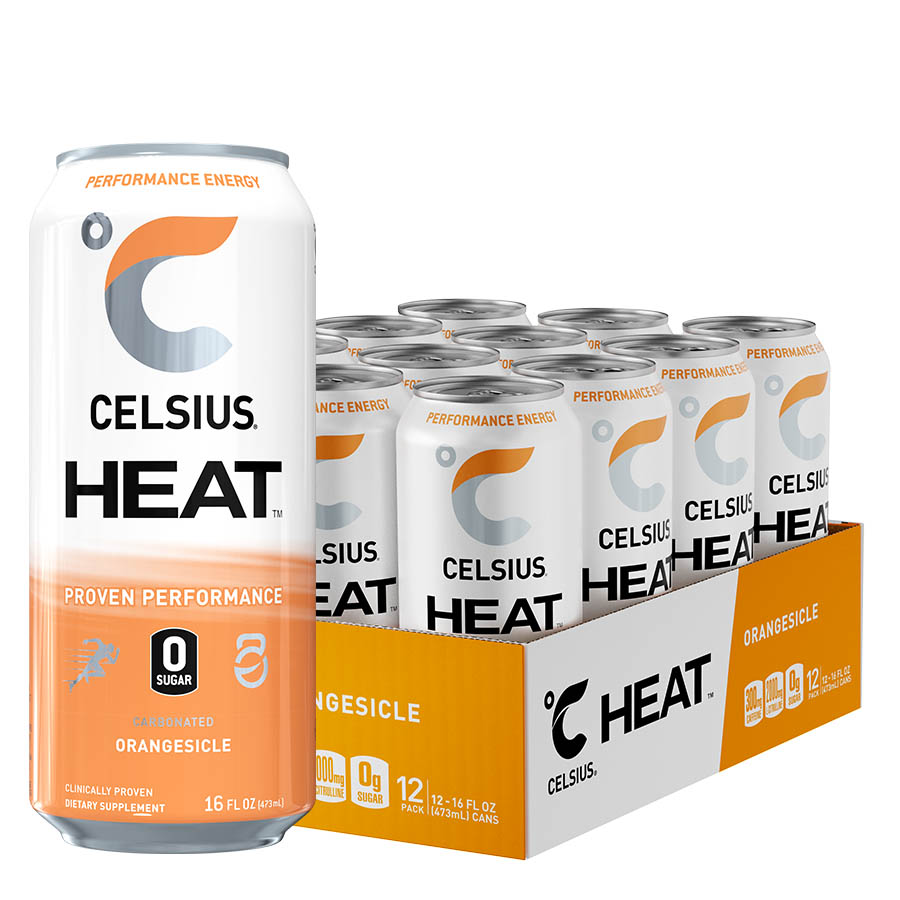 PROVEN THERMOGENIC PRE-WORKOUT
Power through your workout with an exotic flavor of CELSIUS HEAT.  With an ingredients roster of key vitamins, 2,000 mg. of L-citrulline, and 300 mg. caffeine, this performance energy drink is designed to increase thermogenesis and give you a boost of energy.

GREEN TEA EXTRACT
The extract used contains a specific ratio of EGCG (epigallocatechin gallate) —the compound that scientists have found boosts your metabolism and helps your body burn more calories.

GUARANA SEED EXTRACT
Unlike most guarana drinks, CELSIUS uses the seeds (instead of the roots), which contain over twice the amount of caffeine than the average coffee bean.

GINGER ROOT
Ginger root has a wonderful spicy flavor, and it’s known to help support the process of thermogenesis as well as create a positive effect on digestive systems.

VITAMIN B
B-Vitamins are essential for energy production and they help regulate cell health as well as metabolism. They also help support your adrenal glands to help you recover from fatigue.

VITAMIN C
Also known as an ascorbic acid, vitamin C is an essential nutrient that aids the immune system and helps with tissue repair and the enzymatic production of certain neurotransmitters.

L-CITRULLINE
Studies have reported improved power output, increased oxygen consumption, and better exercise performance with as little as 2.4 grams of L-Citrulline per day over an 8-day period.

There are no reviews yet, would you like to submit yours?

Only logged in customers who have purchased this product may leave a review.